Georgia World Congress Center Authority (GWCCA) was established in 1971 to oversee development of an international trade and exhibition center in Atlanta that today is known as Georgia World Congress Center. Along with the convention center, GWCCA’s ever-evolving campus spans 220-plus acres and includes Centennial Olympic Park, the lasting legacy of the 1996 Summer Olympic Games, Mercedes-Benz Stadium, home of the Atlanta Falcons and Atlanta United and, opening in late 2023, GWCCA’s headquarter hotel Signia by Hilton Atlanta.

The Authority, a self-sustained state agency, is entrusted as stewards of these state-owned assets, and has invested more than $360 million over the last decade to improve connectivity between its facilities and downtown Atlanta’s surrounding hospitality district.

A key driver for Georgia’s economy, GWCCA is a catalyst for development, tourism, commercial and residential growth, and a major job creator and sustainer.

The State of Georgia established the Georgia World Congress Center Authority to develop and operate the Georgia World Congress Center, Centennial Olympic Park and related facilities.These facilities exist for the primary purpose of promoting and facilitating events and activities that generate economic benefits to the citizens of the State of Georgia and the City of Atlanta as well as enhance the quality of life for every Georgian.

To be globally recognized as the No. 1 convention, sports, and entertainment destination in the world.

Our Core Three shape every part of our culture - and along with our vision - provide the foundation that guides every action and decision.

WE ARE ACCOUNTABLE: Accountable means embracing proactive and responsible behaviors that create ownership of outcomes for the individual and the business.

WE ARE AUTHENTIC: Authentic means to operate with transparency; encourage vulnerability and expression of self and others to foster an inclusive environment for OUR Customers.

WE ARE ONE: One describes the collaborative effort to move with a unified purpose and voice to ensure OUR Customers experience radical hospitality.

GWCCA Through the Decades

1989: Construction begins on a new home for the Atlanta Falcons. The 71,250-seat Georgia Dome will sit next to GWCC and host year-round events.

1990: Beating out other notable cities such as Athens, Greece and Toronto, Canada, the International Olympic Committee selects Atlanta to host the 1996 Summer Olympics.

1996: Atlanta hosts the Centennial Olympic Games. The International Broadcast Center and sporting events take place on the GWCCA campus as the Park serves as the world’s gathering place.

2002: Completion of the 1.1 million square foot Phase IV Expansion Project makes GWCC one of the largest convention centers in the United States.

2008: An EF2 tornado rips through downtown Atlanta hitting all three buildings of GWCC, the Georgia Dome, and Centennial Olympic Park causing more than $75 million in damages, yet most areas reopen within 42 days.

2009: After 33 years at the helm of GWCCA, Executive Director Dan Graveline retires. During his tenure, the three venues generate more than $40 billion in economic impact for Georgia and the city of Atlanta.

2017: Mercedes-Benz Stadium opens with the Atlanta Falcons hosting the Arizona Cardinals in preseason action at their new $1.6 billion home on the GWCCA campus.

Farewell to the Georgia Dome

2017: After 25 years elevating Atlanta as a host city for major events on the Authority’s campus, the Georgia Dome is imploded on Nov. 21.

2018: Construction begins on the new BC Hall, which will create more than 1 million square feet of contiguous exhibition space, and make GWCC one of only five convention centers in the U.S. with this much space. 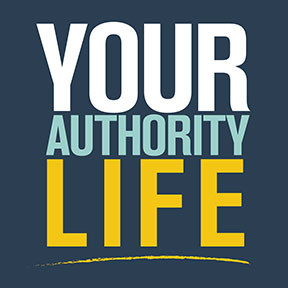 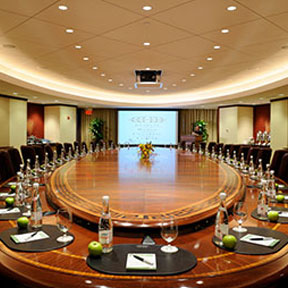 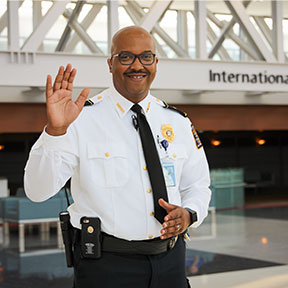 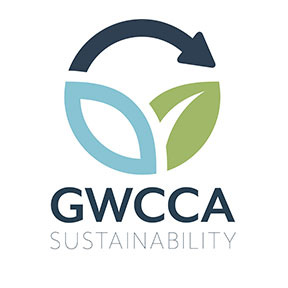