Catching up with Savannah: Bountiful summer and future expansions

Managed by the Georgia World Congress Center Authority (GWCCA), the riverfront SITCC plans to double in size. With the expansion, a potential new convention center hotel could join us on Hutchinson Island as well.

This means a great deal to the city of Savannah. Our annual groups such as the Georgia Municipal Association (GMA) and Georgia Fruit and Vegetable Growers Association are already at max capacity and an expansion of SITCC means these groups will get to stay in Savannah and keep growing their conferences.

The plan for expansion includes an additional 100,000 square feet of exhibit hall space and another ballroom. Built in 2000, the SITCC is located across the Savannah River from downtown Savannah’s River Street district on Hutchinson Island and encompasses 376,724 square feet. This includes 100,000 square feet of divisible exhibit space, 50,000 square feet of prime meeting space, including 13 meeting rooms, four executive board rooms, a 25,000-square-foot Grand Ballroom, and a state-of-the-art 367-seat auditorium.

This expansion will put us in a whole new ball game when it comes to booking new and bigger pieces of business.

Meanwhile, SITCC has had a record-breaking summer.  In June, we hosted our first National Beta Conference, with more than 25,000 attendees, and Beta already told us they want to come back to Savannah, and perhaps on a rotation basis. Some of our summer annual groups such as GMA, Gulfstream, and Georgia Water Professionals had another year of successful meetings with us.

On top of our great annuals, we also booked some new business for the city of Savannah. Emerald Expositions hosted its Environments for Aging Conference for the first time in Savannah and loved the convention center and the city, and American College of Nurse Midwives was a great new city-wide event for us with 2,000 attendees.

Being awarded LEED (Leadership in Energy and Environmental Design) Gold certification for Existing Buildings by the U.S. Green Building Council recently, is also helping us stand out amongst many other convention centers.

SITCC is very excited for the future of Savannah.

The city – No. 1 in the South Atlantic Midsized City for Business Meetings, and ranked No. 3 in Travel + Leisure’s Top 15 U.S. Cities readers’ poll – is booming with new restaurants and hotels opening, and expansion of the convention center will seal the deal for all the amazing things to come. 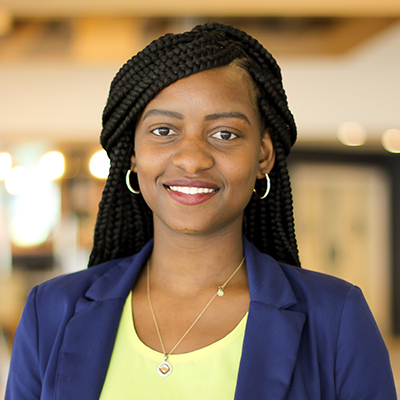 Posted by
Jaleesa Fears / Sr. Communications Specialist
on Aug. 15, 2018
A highly skilled communications professional, Jaleesa joined the Authority in 2018. Her customer service approach is best described by the Mahatma Gandhi who said "the best way to find yourself is to lose yourself in the service of others. "