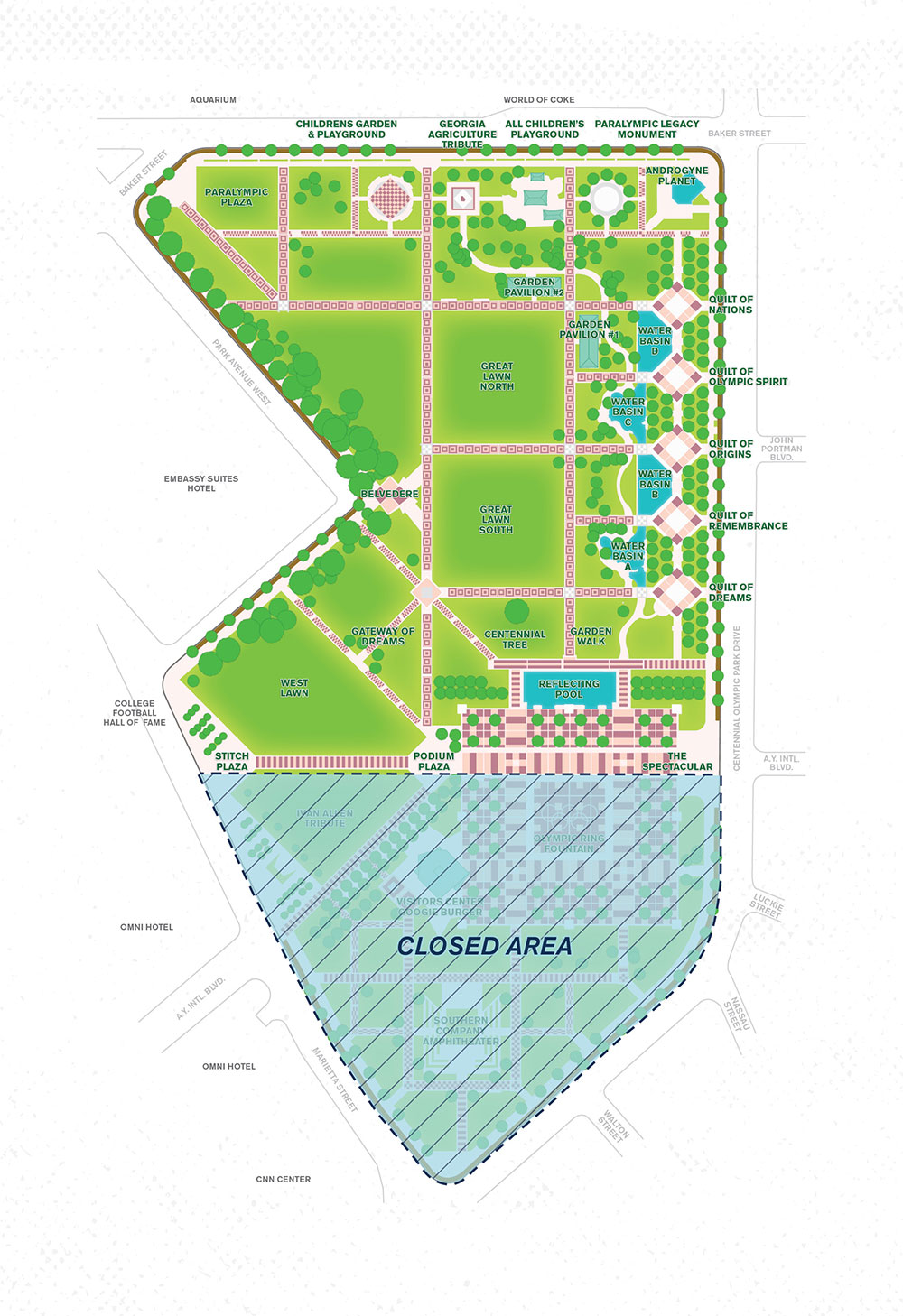 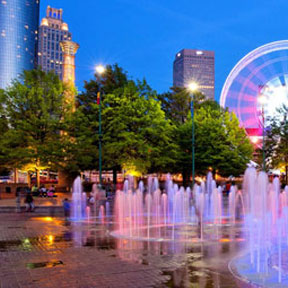 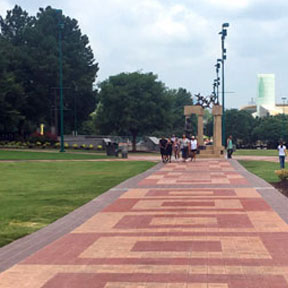 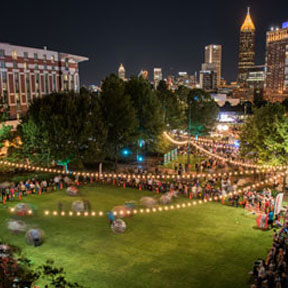 Paralympic Plaza
This new access point and inviting greenspace honors the 3,000-plus athletes who participated in the 1996 Atlanta Paralympic Games.
Completed: April 2019 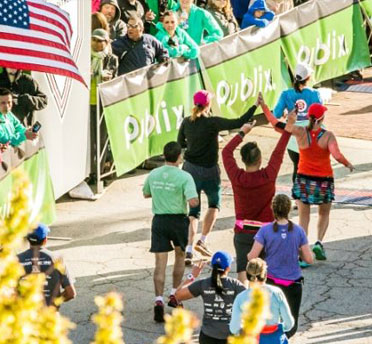 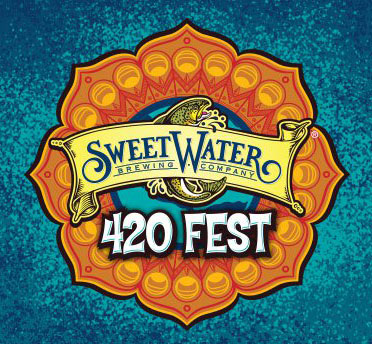 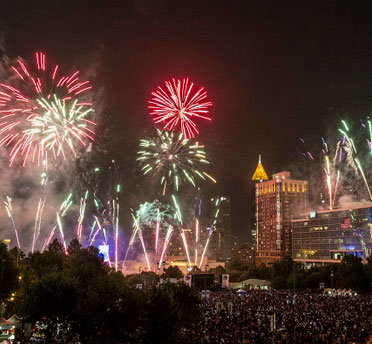 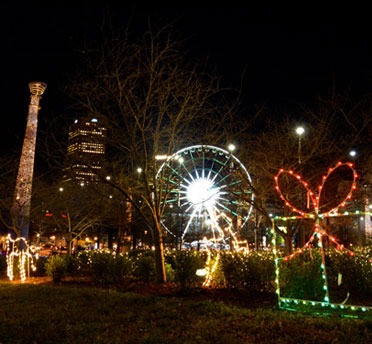 Holiday in the Park

Several other events will take place at the Park throughout the year, including musical shows, walk/runs, and other outdoor experiences.

Celebrating its 20th anniversary in July 2016, Centennial Olympic Park is Atlanta’s – and the State of Georgia’s – preeminent lasting legacy of the 1996 Summer Olympics and the country’s largest downtown park developed in the last 25 years.

What was once a run-down, multi-block eyesore a little more than two decades ago is now the crown jewel of Atlanta’s downtown entertainment and hospitality district, anchoring and surrounded by new development and attractions. The park served as a catalyst for a thriving live-work-play district that now includes popular attractions such as the Georgia Aquarium, Center for Civil and Human Rights, College Football Hall of Fame, and World of Coca-Cola, as well as residential development, new hotels, nightlife and restaurants.

It all traces back to the day Atlanta Committee for the Olympic Games CEO Billy Payne gazed out of his office window and had a brilliant inspiration – convert a blighted span of buildings, lots and properties into a glorious gathering spot for visitors and residents to enjoy during the 1996 Centennial Olympic Games and for years to come.

Atlanta responded to that vision with tremendous support. The estimated $75 million in development costs came entirely from private-sector donations – contributions from the sale of commemorative bricks (also used to pave a portion of the Park), funds raised by the Metro Atlanta Chamber of Commerce and local philanthropic foundation grants.

Following the Olympic Games, a large portion of the Park was closed and redesigned for daily public use. A gala commemoration weekend in March 1998 introduced the newly landscaped Park and its expanded amenities.