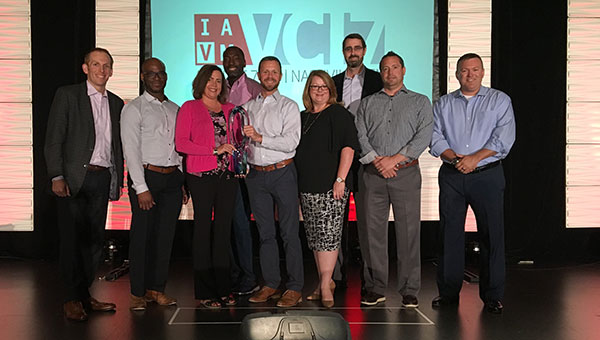 “The Georgia World Congress Center is a pivotal part of the Atlanta community and I can’t think of a more deserving venue to win this prestigious award,” said Dan Corso, President of the Atlanta Sports Council. “I especially want to congratulate the hardworking team at the Georgia World Congress Center Authority for their dedication to being a key part of Atlanta’s ability to host major sporting events in a first-class manner.”

The Venue Excellence Award comes at a time when the 3.9 million-square-foot GWCC, which opened in 1976, is undergoing numerous improvements, including the recent opening of Social Table, a new flexible dining concept, and replacement of high foot-traffic area carpeting throughout the center with terrazzo, a more durable hard surface. Additionally, as part of the Authority’s 2020 Vision plan, plans are in motion to create one million square feet of contiguous exhibition space – improving the facility’s connectivity while bolstering Atlanta’s status as a top convention destination. The Authority also is moving forward with the development of an 800-to 1,000-room four-star hotel on Northside Drive on the site to be vacated by the Georgia Dome, adjacent to the GWCC’s Building C.

“This well-deserved recognition spotlights the evolution and versatility of Georgia World Congress Center and its downtown Atlanta campus,” said William Pate, president and CEO, Atlanta Convention & Visitors Bureau. “Through the vision and commitment of its leadership, GWCC has become one of the top convention, sports and entertainment venues in the world.”

An industry leader in sustainability, the GWCC is the largest LEED (Leadership in Energy and Environmental Design) certified convention center in the world, and recently executed the largest stand-alone Guaranteed Energy Savings Performance Contracting project in the state of Georgia, a pact that is the largest of its kind for any public assembly venue in the nation.