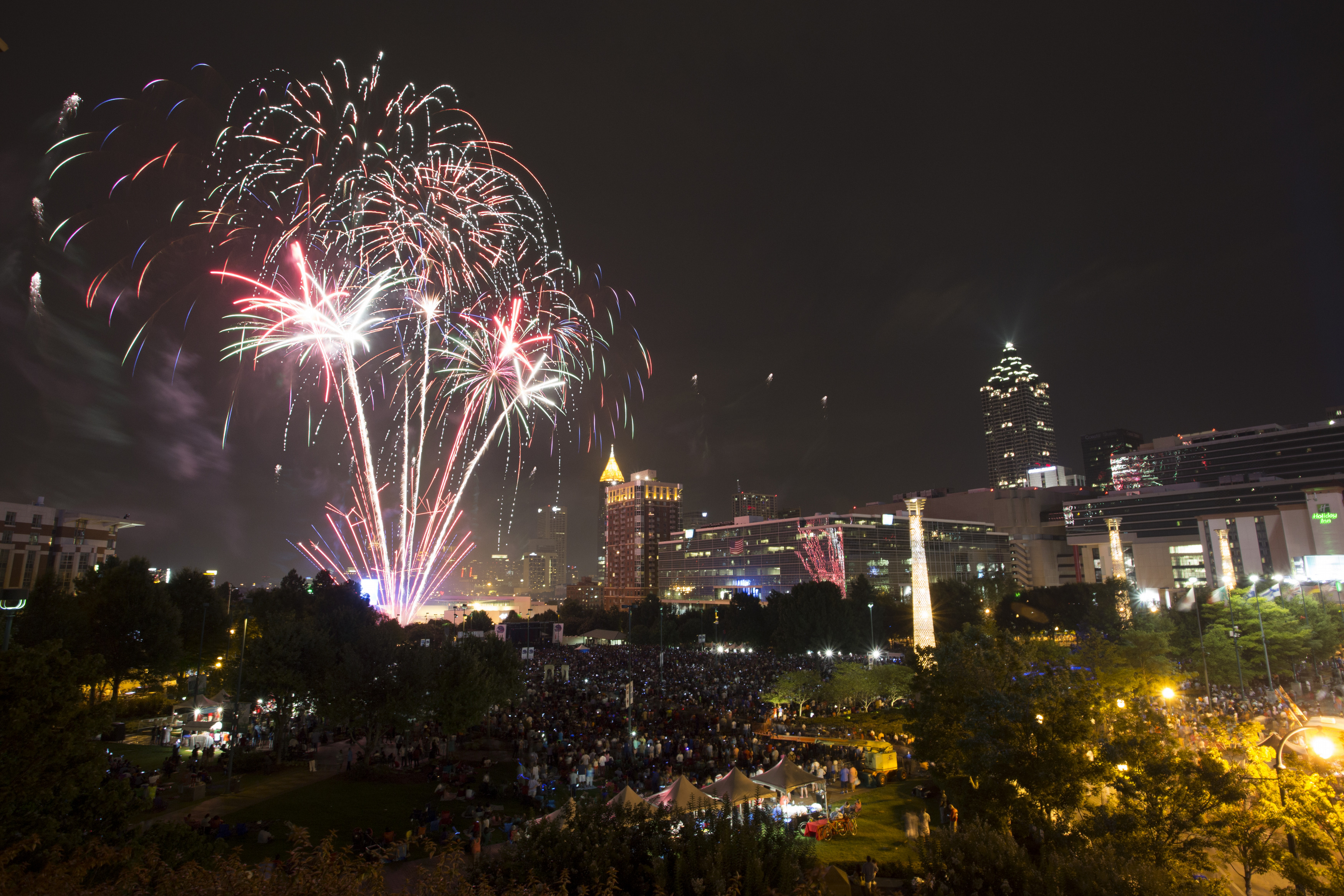 “For years, Lenox Square and Centennial Olympic Park have complemented each other as two of the city’s premier 4th of July fireworks events. We are now thrilled to have Lenox Square provide support through a generous donation and welcome the patrons who have traditionally attended the Lenox Square celebration to join us at Centennial Olympic Park,” said Jennifer LeMaster, chief administrative officer of the Georgia World Congress Center Authority, which owns and operates the park. “We look forward to sharing some of the recent – and ongoing – revitalization efforts in Downtown Atlanta and helping them celebrate Independence Day this year in the heart of Atlanta.”
Centennial Olympic Park has welcomed upwards of 30,000 spectators to Downtown Atlanta in the past for their celebration.
Robin Suggs, General Manager of Lenox Square said, “By partnering with Centennial Olympic Park, we can deliver an even better experience for everyone involved and provide much needed operational relief to the City of Atlanta during a very busy holiday.”
Centennial Olympic Park’s 4th of July Celebration will be broadcast live by Atlanta’s WSB-TV, who won an Emmy for the broadcast in 2012. More details about the celebration will be available in the coming weeks on gwcca.org/park.

Lenox Square will continue to host the Peachtree Road Race, and will be adding additional patriotic activities, offering families a full day of fun in the heart of Atlanta.